Laura Alden Kamm on the Life of a Medical Intuitive


Join us Thursday, April 26th, at 2PM-CST for an Awakening Zone presentation of The Sandie Sedgbeer Show: Conversation at the Cutting Edge when Sandie's guests will be Alison Chester Lambert and Laura Alden Kamm

BBC astrologer, and founder of the Midlands School of Astrology in the UK, Alison Chester-Lambert is known for predicting personal and planetary events with “deadly accuracy.”  Back by popular request, Alison will be providing a regular monthly update on how the transiting planets are going to be affecting us on a personal and global level as we move through this pivotal year of 2012 and beyond.

Laura Alden Kamm on the Life of a Medical Intuitive

Wellness, and a pioneer in Energy Medicine and Medical Intuition with thirty years of field experience. What sets Laura apart is her exacting, specialized gift of intuition. As an international consultant in the fields of medicine, business, politics, and personal and spiritual development she sought out by corporate executives, royalty, military leaders, government officials, and everyday people from over 55 countries around the world.

A mystic in the true sense of the word, while studying to be an architect at age twenty-six Laura suddenly fell ill, lost her eye-sight, and died. She was infused with insights in a place most of us will have to wait to get into—heaven.

Laura has been featured in national and international magazines, such as Martha Stewart’s Body + Soul Magazine. Assisting tens of thousands from around the world Laura’s intuitive gift guides them toward healing and personal empowerment through her public events, workshops, writings, and private consultations.         http://www.energymedicine.org/

Join us at 2:00PM-CDT Thursday by clicking the link below:
Episode player: http://awakeningzone.com/Episode.aspx?EpisodeID=1091#Player

Don't forget to create a user id and login at Awakeningzone.com so that you can participate in the chatroom during the show.
Posted by Sandie Sedgbeer at 11:53 AM No comments:

Join us Thursday, April 19th, at 2PM-CST for an Awakening Zone presentation of The Sandie Sedgbeer Show: Conversation at the Cutting Edge when Sandie's guest will be Tim Ray.

Tim Ray is a popular relationship columnist and blogger who has appeared in relationship programs on TV, been a guest lecturer at couple’s therapy school, and has a private counseling practice. He calls his work “Getting Real” and by this he means how to live a happy life by waking up to the nature of reality and the way the mind works.  And he uses a process called "mythbusting" to help people identify and investigate the thoughts and beliefs that make them unhappy. On this show we’ll explore relationships, why they can be so problematic, and what we can do about it.  Expect to hear some refreshing new advice about how to make our relationships better. For more about Tim Ray, see www.beamteam.com

American-Danish author Tim Ray has a long track record of working actively with people on important life issues. He has been teaching, working privately with clients, writing books for almost 20 years, and has a dedicated audience.

Tim's new book "101 Relationship Myths – How to Stop Them from Sabotaging Your Happiness", which has just been released in English in the UK and US by Findhorn Press, offers plenty of "relationship myth-busting!" Since its original release in Danish in Denmark in September 2010, 53,000 copies of the book have been printed. The book will also be released in Korean and other languages in 2012.

Tim also loves a really good tale and is the author of the novels “Starbrow - A Spiritual Adventure” and “Starwarrior - A Spiritual Thriller”. Both books combine an exciting adventure story with vital insights into the nature of consciousness and mind. The novels have so far been released in Danish, English and Dutch.

Join us Thursday, April 12th, at 2PM-CST for an Awakening Zone presentation of The Sandie Sedgbeer Show: Conversation at the Cutting Edge when Sandie's guests will be Jim Self and and Peter Tongue.


Keeping Pace with the Shift with Jim Self

The Temple of the Stars: Ancient Mysteries with Peter Tongue

Over the course of the last year a small group of pilgrims have been using the landscape zodiac to gain a profound understanding of the human condition, transcend the lower human ego and become enlightened-it actually works!

In close collaboration with those on the Alchemical Journey in Glastonbury, UK, the group in Victoria, B.C. CANADA, have just completed the entire journey around the zodiac. Peter will explain the sacred pilgrimage and some of the remarkable events that have taken place over the course of the year, as well as insights into the individual and collective transformations that have taken place. 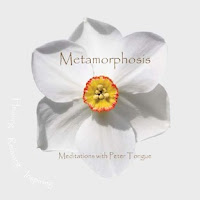 Peter Tongue has gone through his own transformation from Chemistry teacher, International rugby player and high school Principal to become a compassionate, caring spiritual counselor and mentor. Having spent thirty years in two top ranking Independent schools in Canada and the UK, Peter used his wealth of experiences, working with thousands of individuals, children and families, to gain a profound understanding of the complexities of the human condition.  For the last seven years he has been engaged in counseling individuals and groups in resolving their difficulties in life as well as assisting them in awakening to their own spiritual path. 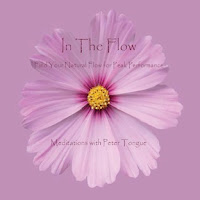 Co-Founder of “My Heart Centered Journey” providing the opportunity for individuals and businesses to develop to their highest potential, Peter also hosts a weekly radio show, “Awakening to Conscious Co-Creation”, on the 7th Wave Network of Voice America with over 200,000 listeners each month. He interviews experts in their respective fields within the central theme of understanding higher consciousness.

Peter is a seeker of the truth and is passionate about ancient mysteries, sacred sites, new science and making a difference in the world.  www.myheartcenteredjourney.com

Join us Thursday, April 5th, at 2PM-CST for an Awakening Zone presentation of The Sandie Sedgbeer Show: Conversation at the Cutting Edge when Sandie's guests will be Dr. Donese Worden and Philip Coppens

Have we been visited by extraterrestrial beings? Did these "ancient aliens" contribute to the birth of human civilization? Do our ancient monuments contain evidence of their presence?
In this show Philip Coppens reveals an array of astonishing truths outlined in his book ,The Ancient Alien Question, including:
A radically different understanding of the pyramids and how they were constructed; the origins of crystal skulls and how they were found; the extraordinary stories behind monuments such as the Nazca lines and Puma Punku, and who built them; and how extraterrestrials came to our planet and the evidence that supports this.

Analyzing the historical and archaeological evidence, Philip Coppens demonstrates that there is substantial proof that our ancestors were far more technologically advanced than currently accepted, and that certain cultures interacted with non-human intelligences. Our ancestors were clearly not alone.
Philip will also share new, eye-opening information from Erich von Daniken’s, Odyssey of the Gods including his revolutionary interpretation of the sites and legends of ancient Greece; the conflict between "alien" gods and humans;
the true origin of centaurs, the Cyclops, and other "mythical" creatures; and
a startling new explanation of the Atlantis legend.

Philip Coppens is an author and investigative journalist, ranging from the world of politics to ancient history and mystery. He co-hosts The Spirit Revolution radio show with his wife Kathleen McGowan and is a frequent contributor to NEXUS Magazine and Atlantis Rising Magazine. Since 1995, he has lectured extensively and has appeared in a number of television and DVD documentaries, including Ancient Aliens: The Series (The History Channel). He is the author of The Stone Puzzle of Rosslyn Chapel, The Canopus Revelation, Land of the Gods, The New Pyramid Age, Servants of the Grail, the ebook 2012, Science or Fiction?, Killing Kennedy and The Ancient Alien Question.