Healing with Mantras, Music, and Meditation with Deva Premal

Tonight on What is Going Om 4pm PT/7pm ET 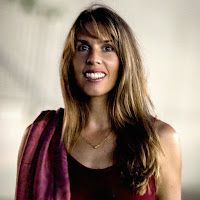 Over the past few decades, chronic illness has skyrocketed worldwide. Meanwhile, since their debut album release 20 years ago, internationally acclaimed musicians and composers, Deva Premal & Miten have received letters from people across the globe sharing dramatic stories of healing just from listening to and chanting along with their signature mantras.
With numerous scientific studies now verifying that music has the power to heal us both emotionally and physically, even where the big guns of conventional medicine have failed, Deva Premal and Miten decided to celebrate the launch of Deva’s new album of signature mantras with a live Facebook event series, on The Medicine of Mantra in partnership with top doctors across the globe.
This week’s show features a conversation Sandie had with Deva Premal a few weeks ago to talk about the ongoing Medicine of Mantra Facebook Live series, her new album, Deva, and the power of mantra to heal the world, one chant at a time.
About Deva Premal: 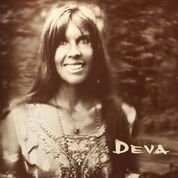 Featured in top media including The Wall Street Journal, The Los Angeles Times, and The Huffington Post, endorsed by celebrities as varied as Cher, Tony Robbins, and the Dalai Lama, included in movie soundtracks such as Walkout, Mantra, and 8 Seconds, and honored by 1.5 million album sales, 550,000 monthly Spotify listeners and 400,000 Facebook followers, chart-topping musicians Deva Premal & Miten are modern nomads on a mission to share with humanity the medicine of mantra. With original chants that are used for meditation, yoga, stress management, massage,and sleep playlists worldwide, Deva Premal & Miten not only model spiritually-conscious living but also share powerful tools for wellness, mindfulness, and personal growth.

Join us tonight at 4pm PT/7pm ET
http://podcast.omtimes.com/e/healing-with-mantras-music-and-meditation-with-deva-premal/
Posted by Sandie Sedgbeer at 10:49 AM No comments:

ACCIDENTALLY ON PURPOSE: TRIPPING THROUGH LIFE WITH REGINA MEREDITH 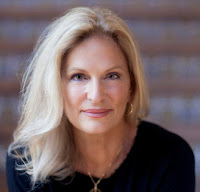 Regina Meredith is a pioneer in the world of Conscious Media and is one of the most respected TV hosts and bloggers in the world of esoteric studies, health discoveries, politics and secret agendas. As the co-founder of Conscious Media Network, host of Open Mindson Gaia TV, and the founder of her own highly popular free streaming video network she reaches millions of people worldwide with messages of truth, hope, and enlightenment.

This week, Regina Meredith joins me to discuss her newly published autobiography Accidentally on Purpose: Tripping Through Life with Regina, which reveals some of the jaw-dropping behind-the-scenes events, discoveries, experiences, and individuals (and non-physical guides) that “accidentally on purpose” influenced her journey from mainstream sports/news reporter and presenter to pioneering co-creator/host of original online metaphysical video programming as well as her private decades-long exploration into the world of esoteric and hidden sciences.

Among the topics we will be discussing: What Regina has learned from the many experts she's interviewed over the years, what she's learned on her own spiritual journey, and what she's now sharing with the world via her book and speaking engagements, including: seeing behind the manipulation of reality; “The Guardians” and the messy origins of humankind; UFO’s, conspiracies, and adventures between dimensions; and much, much more…

Join us live tonight at 4pm PT/7pm ET using the link below
https://bit.ly/2Vzc8ds

Posted by Sandie Sedgbeer at 5:54 AM No comments: