The Case for Homeopathy: The Novel Treatments That Are Bringing New Hope To Sufferers Of Depression, Pain, Inflammation & Liver Issues

Join us tonight, February 22nd at 4pm PT/7pm ET for What Is Going Om's Truth in Medicine Show with Sandie Sedgbeer and Dr. Donese Worden

According to the World Health Organization, homeopathy is the world’s second largest system of medicine for primary health care, with more than 300 million users in over 80 countries, including, the British monarchy – Queen Elizabeth II is patron of the Royal London Homeopathic Hospital and Prince Charles is an active supporter of homeopathic and complementary medicine.
Even so, throughout its long history of usage, homeopathy has remained a hotly debated subject, with supporters and detractors in equal measure arguing vehemently for and against its perceived benefits.

But now an independent, third generation family-owned pharmaceutical company is shining new light on an old debate with the development of a number of FDA-regulated homeopathic injectable solutions that are bringing new hope and relief to sufferers of depression, pain, inflammation, and liver issues. So, what is the truth about homeopathy?

In this month’s episode, Sandie and Dr. Worden dig deep into the history, science, and politics of homeopathy, as well as new novel treatments that are emerging, aided by a guest appearance from Dr. David Riley, who is a board member of the Academy of Integrative Health & Medicine (AIHM), and the Homeopathic Pharmacopoeia Convention of the US (HPCUS), who lectures internationally on different styles of homeopathic prescribing including clinical and classical homeopathy, bioregulatory medicine, and anthroposophical medicine.

Each month on the Truth in Medicine Show, Dr. Worden and Sandie bring you the latest information from leading edge science and new integrative medicine, along with featured guest experts working at the forefront of exciting innovations and breakthroughs in the prevention and treatment of cancer and other chronic diseases. The duo will update you with information and reports so new, your regular physician may not even have caught up with them yet. 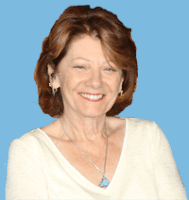 A professional journalist who cut her teeth in the ultra-competitive world of British magazines and newspapers, and the author of 6 books published by major international publishing houses, Sandie Sedgbeer has not only been a frequent guest on all of Britain’s most popular TV and radio shows, including the BBC World Service; she’s also hosted several acclaimed Talk Radio and TV shows in the USA over the past ten years.

Her professional career has spanned every segment of the media from magazines and book publishing to radio and TV production and hosting to resonance marketing, advertising and public relations. As the founder and publisher of three cutting edge magazines, she has brought new thoughts and ideas to the fore, while her Talk TV and Radio Shows interviews have earned accolades from guests and audiences alike. Sandie is the host of OMTimes Radio’s weekly flagship radio show, What Is Going Om. 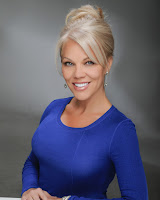 Dr. Donese Worden is an Arizona-based physician and global health educator. She is renowned for identifying and helping to bring unique healing modalities and therapies from abroad to the United States, putting her in the vanguard of integrated, naturopathic medicine. With a passion for educating people on taking charge of their health using the best from both conventional and natural medicine, Dr. Worden is an expert diagnostician and treats a wide range of medical conditions.

Dr. Worden lectures worldwide…training physicians and educating the public on a wide variety of medical and health topics. Known as a life changing speaker, Dr. Worden has graced the cover of The National Speakers Association Magazine as well as appearing on Gaia TV and numerous other radio and TV news programs.

Together, Dr. Donese Worden and Sandie Sedgbeer will educate, enlighten and entertain listeners while helping them become well-informed advocates for their health and wellbeing.

A COURSE IN MASTERING ALCHEMY - TOOLS TO SHIFT, TRANSFORM AND ASCEND WITH JIM SELF

Join us tonight February 15 at 4:00PM-PST/7PM-EST on OMTimes Radio, for What is Going OM when Sandie's guest will be Jim Self.

For the past 30 years, Jim Self and his partner, Roxane Burnett, have been leading seminars and teaching healing, clairvoyance, and personal energy management courses. Their program, “Mastering Alchemy,” was created in 2001. Since then, over 11,000 people have completed their three-­‐year course, while many thousands more have participated in and benefited from their free online webinars.

Now, for the first time, they have condensed their hugely popular Mastering Alchemy Program into a book, which offers open access to the consciousness-altering, personal energy tools and lessons designed to help you change your attitude to your life and so transform it.

What are the secrets of "Alchemy" and how will "mastering" them benefit me?
What is a living light body and why would I want one?
How is Mastering Alchemy like, and unlike, a Course in Miracles?
What was the "Fall of Consciousness?"
What are the Rays of Creation?
Is it really possible to change my thoughts, rewire myself, and overcome all the obstacles standing in the way of success?
And more... 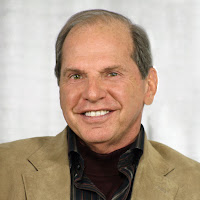 JIM SELF is one of the few international teachers, authors and speakers actually working at the leading edge of the current planetary Shift in Consciousness. He provides solid, up-to-date information and practical energy tools to help us keep pace with the transition we are in.


Jim lives in both the material third-dimensional world and within the higher realms of consciousness.  As an entrepreneur he has successfully built and sold two corporations and is the founder and current board chairman of a third. Since childhood he has had the ability to recall his experiences within the sleep state. This awareness has expanded into relationships with the Archangels, Ascended Masters and Teachers of Light. The tools and information presented in his work are a co-creation with these Great Beings. www.masteringalchemy.com

Posted by Sandie Sedgbeer at 9:35 AM No comments: