THE MASTERY OF SELF: A TOLTEC GUIDE TO PERSONAL FREEDOM WITH DON MIGUEL RUIZ. JR.

The ancient Toltecs believed that life, as we perceive it, is a dream. We each live in our own personal dream, and these come together to form the dream of the planet or the world in which we live.   Problems arise when we forget that the dream is just a dream and fall victim to believing that we have no control over it.

In his latest book, The Mastery of Self: a Toltec Guide to Personal Freedom, author, speaker, and teacher Don Miguel Ruiz, Jr takes the Toltec philosophy of the dream of the planet and offers a road map to reclaiming your authentic self.

Don Miguel Ruiz Jr joins Sandie to discuss how awareness, understanding, and unconditional love can free us from inhibiting beliefs, stories, or ideas that are keeping us from living the best life possible.

DOM MIGUEL RUIZ JR. is a Nagual, a Toltec Master of Transformation.  He is a direct descendant of the Toltecs of the Eagle Knight lineage and is the son of Don Miguel Ruiz.  By combining the wisdom of his family’s traditions with the knowledge gained from his own personal journey, he now helps others realize their own path to personal freedom. Don Miguel Ruiz Jr is the author of several books including The Five Levels of Attachment, Living a Life of Awareness, and The Mastery of Self: A Toltec Guide to Personal Freedom. www.miguelruizjr.com

Join us live tonight at 4pm PT/7pm ET using the link below
https://bit.ly/2V7uvEM
Posted by Sandie Sedgbeer at 9:11 AM No comments:

The Truth About Telepathy, Autism, & Evolution with Suzy Miller, M.Ed. 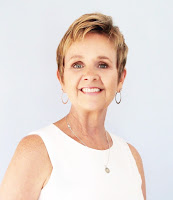 Suzy Miller has been “out on the edge” in the arena of autism and the multi-dimensional abilities of the autistic population for a long time. When the former pediatric speech-language pathologist first started speaking publicly about telepathy and multidimensional reality two decades ago, people thought she was crazy.
20 years later, telepathy is being proven a common skill among this population and physics has proven that multiple realities co-exist within the same space. Throughout that time, Suzy Miller has witnessed and participated in several extraordinary experiences with those on the spectrum.
Along the way she has been guided, informed, and trained in energetic processes by the “Collective Consciousness of the Children,” (CCC) who asked her early in the year 2000 “to help shift the perception of autism.”
Suzy Miller joins me today to divulge some of the extraordinary predictions made by the CCC (many of which have since come to pass), and share what this Collective has to say about such topics as:
~ Higher Dimensional Realities
~ Time/Space Interference
~ Love without condition
~ What we don’t know about this population, and
~ What autism can tell us about the evolutionary trajectory of humankind… if we are willing to listen.


About Suzy Miller
Suzy Miller is a visionary speaker, author, multidimensional seer, and embodiment/integration facilitator. She is the founder of the groundbreaking Awesomism Practitioner Process, The Journey Back to Love Series and Avatar Energetics.


A former Pediatric Speech-Language Pathologist, Suzy Miller, M.Ed., pioneered a shift in the perception of autism from an individual “disorder” to a collective revolution in human consciousness and has been playing in the field of leading-edge consciousness ever since. She has collaborated with professionals in a variety of fields from psychology, social work, education and medicine to leading-edge scientists, metaphysicians, healers and new thought leaders. Together with Dr. William Tiller, Professor Emeritus Stanford University and featured physicist in the movie “What The Bleep…” she spearheaded The Autism Intention Healing Experiment, and has personally facilitated the growth and mastery of hundreds of Awesomism practitioners and thousands of private clients worldwide.
Join us today 4pm PT/7pm ET using the link below:
https://bit.ly/2LikLrw
Posted by Sandie Sedgbeer at 11:43 AM No comments: