Join us Tuesday, March 31st, at 5:00PM-PST/8PM-EST on VividLife Radio, for The Sandie Sedgbeer Show: Conversation at the Cutting Edge when Sandie's guest will be Nick Seneca Jankel.

Are you feeling stressed or stuck in your life?  Would you like to identify and let go of the habits and beliefs that are holding you back, hone your intuition and make better choices, heal past pain and suffering, and bring more freedom, purpose, and richness into your everyday life?

According to this week’s guest, all the great joys of life—whether derived from intimacy, exploration, invention, or making a difference—come from the unpredictable but enlivening process of bringing forth breakthroughs.   But how do we do that?  The answer is with creativity.  Creativity is what helps us break through any challenges that confront us and turn inspiration into action for changing our relationships, our lives, our business, and our world.

NICK SENECA JANKEL is a 21st Century shaman who has helped numerous individuals, governments and organizations like Microsoft, Disney and Nike to switch on, unleash their creativity and break through real challenges to thrive. He has a triple First from Cambridge University in medicine and philosophy, and is a director of creative management consultancy www.wecreateworlwide.com, co-founder ofwww.ripeandready.com, and author of Switch On: How to Ignite Your Creative Spirit with the New Science of Breakthrough. He is a sought after inspirational speaker and hosted a BBC TV series as a breakthrough coach.

Join us Tuesday, March 24th, at 5:00PM-PST/8PM-EST on VividLife Radio, for The Sandie Sedgbeer Show: Conversation at the Cutting Edge when Sandie's guest will be Connie Kaplan.


Who am I? Why am I here? And what is my purpose?  For centuries, humans have looked to astrology and numerology to provide them with answers to these perennial questions. Now, the Invisible Garment provides the missing link between understanding the persona, gifts and potential of our present self, and uncovering the hidden gifts, knowledge, mastery, and true purpose of our Soul.

In The Invisible Garment, Connie Kaplan outlines 30 spiritual principles that the fabric of human life and make up the body of our spiritual wardrobe—our spiritual DNA. Knowing which principles influence your life opens a door to the mystery of your being and "explains everything,’’ including how to chart your soul’s purpose for your lifetime.

Connie Kaplan started her adult life in television production.  By 1985, she was married to a wonderful man, had a beautiful family, lived in a great neighborhood, and had built an enviable career.

In 1986 she was struck with a mysterious virus which rendered her almost helpless for two years.  During this time, unable to work and incapable of handling normal life, she experienced a profound spiritual transformation which altered her inner experience and her outer expression of life.

She has shared the resulting spiritual insights in four books: The Invisible Garment, A Colorful Life, Dreams are Letters from the Soul, and A Woman’s Book of Dreams. www.turtledreamers.com

The Transformational Power of Self Love with Joan Walker

Join us Tuesday, March 17th, at 5:00PM-PST/8PM-EST on VividLife Radio, for The Sandie Sedgbeer Show: Conversation at the Cutting Edge when Sandie's guest will be Joan Walker. 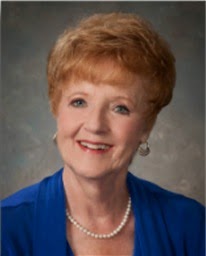 Spiritual teacher Joan Walker has spent the last 20 years talking to and providing a clear voice for many great beings of Light, including Mother Mary who has been imparting messages to humanity through Joan since 2011 to expand our consciousness about the true nature of love.

Join Sandie and Joan Walker, as they discuss Mother Mary’s messages about the urgent need for awareness of self in everyday interactions, the frequency listen-hereof undifferentiated love, the myths and the truths about masculine and feminine energy, and the transformational power of self love.

Joan Walker’s spiritual background in mystical Christianity and the sacred teachings of Hinduism have given her a diverse perspective on consciousness drawn from a variety of world religions. She also has been a student of A Course in Miracles for many years.

As a gifted channel for the archangels and ascended masters, she used her gift personally for many years, until she emerged into the public arena in 2005 as a channel and spiritual teacher by facilitating teachings and special projects to guide humanity’s shift in consciousness. She has been instrumental in the development of a number of practical spiritual development programs for leading teachers, and now teaches .

The Keys to Manifestation with Nigel Taylor

Join us Tuesday, March 10th, at 5:00PM-PST/8PM-EST on VividLife Radio, for The Sandie Sedgbeer Show: Conversation at the Cutting Edge when Sandie's guest will be Nigel Taylor.

If our thoughts control our reality, why do we experience things that we never conceived of in any conscious way? According to Australian teacher, Nigel Taylor, we are all living in a Dream that we designed and built through our imagination and visualization. However, a lower spectrum of thought controlled by Mass Cultural Hypnosis is preventing us from living the Dream to its full potential.

Join Sandie and Nigel Taylor, as they discuss levels of reality, time and space; how to rise above pain and suffering; the impact of our thoughts; proven keys to unlock great manifestation and dramatic transformation in your life, and more.

Nigel Taylor is an Australian teacher, healer, spiritual counselor and author of The Power Before Thought: 10 Compelling Ways to Manifest Abundance, Magic & Miracles in Your Life.   He has been teaching Mind-Body-Spirit connection, health and healing, Self Realization, esoteric wisdom, and principles of spiritual mastery across the globe for more than 30 years.

Nigel has met and shared across dimensions with spiritual teachers who have shaped, and continue to shape, the reality in which we live and into which we are transitioning. And yet, he reminds us, we are all equal in the eyes of Spirit. We all have the same capacity to experience love and light.  www.nigeltaylor.com

The Science of Instant Transformation with Cynthia Sue Larson

Join us Tuesday, March 3rd, at 5:00PM-PST/8PM-EST on VividLife Radio, for The Sandie Sedgbeer Show: Conversation at the Cutting Edge when Sandie's guest will be Cynthia Sue Larson.

Could creating the life of your dreams be as easy as taking a Quantum Jump? The latest quantum technologies have opened the door to a new science of instant transformation—in a moment we can become healthier, smarter, and more confident with better vision, stronger willpower and happier, more abundant and positive lives.

Join Sandie and Cynthia as they discuss the idea that we now exist in a holographic multiverse in which we literally jump from one parallel universe to another, how we can experience the role consciousness plays in making a quantum jump, the scientific mechanism behind synchronicity, and practical tools and exercises to help you live your best, most prosperous life.

Cynthia Sue Larson is a transformational speaker and best-selling author who writes and teaches about the science of spirituality and how consciousness changes the physical world.  Her RealityShifters.com website has been documenting first-hand reports of reality shifts and quantum jumps for the past 16 years. Endorsed by Dr. Larry Dossey, Fred Alan Wolf, and Stanley Krippner, her newest book, Quantum Jumps: An Extraordinary Science of Happiness and Prosperity, describes the science of instantaneous transformation emerging from recent research findings in physics, biology, and psychology. www.realityshifters.com.