Join us Thursday, July 17th, at 2PM-Central for an Awakening Zone presentation of The Sandie Sedgbeer Show: Conversation at the Cutting Edge when Sandie's guest will be Tori Hartman.

What if the secret to transforming your life was through simply uncovering and healing the agreements you made with your grandparents?

According to spiritual teacher, author and psychic, Tori Hartman, there’s more to manifestation than simply following the rules of the Law of Attraction. In her experience, Tori contends that we are all secretly trying to heal the wounds of our grandparents, not the ones of our parents'.
In this episode Sandie and Tori discuss: 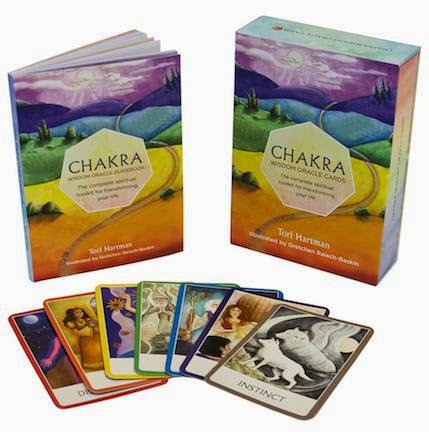 *Why major family issues always skip a generation
*Why these hidden family agreements will always trump the Law of Attraction, if they are left hidden.
*How healing your hidden family wounds can clear personal blocks, create sustainable results, and transform every area of your life.

The Ultimate Secret is You with Morry Zelcovitch

Join us Thursday, July 10th, at 2PM-Central for an Awakening Zone presentation of The Sandie Sedgbeer Show: Conversation at the Cutting Edge when Sandie's guests will be Morry Zelcovitch and Jim Self.

Keeping Pace with the Shift with Jim Self (20 min)

The Ultimate Secret is You with Morry Zelcovitch

Ask virtually anyone on the planet what they want in life and chances are that you’ll hear one or more of the following words ‘love,’ ‘money,’ ‘success,’ and ‘happiness.’  Some people are lucky enough to have achieved one or perhaps even two of these goals, but only a very few people seem to have manifested them all.  One would think that given the massive popularity of THE SECRET, and the plethora of “manifestation made easy” tomes that followed in its wake, the world would be filed with people who are as happy and successful as the authors of those works.  So why isn’t it?

According to this week’s guest, the biggest obstacle that prevents us from making the greatest breakthroughs in our lives is that we haven’t yet grasped that the ultimate secret is US!  What does he mean by that?  Join Sandie one of the world’s few Brainwave Entrainment Engineer, Morry Zelcovitch and discover the full extent of the power that resides in YOU!

Morry Zelcovitch is the creator of The Morry Method™ (TMM), a brainwave entrainment process that results in benefits similarly found with Zen or Transcendental Meditation, which extend throughout the brain and body to improve clarity, concentration and focus,  deeper self-awareness, intuition and personal insight, and a host of other physical, mental, emotional and spiritual abilities.

As a child, Morry Zelcovitch had many problems. In addition to being severely accident prone, Morry was depressed and heard voices in his head.  After breaking bones, shredding ligaments, and suffering multiple concussions, Morry embarked on a 15-year odyssey of deep deep study and research into the benefits of brainwave entrainment. He is now one of the few certified Brainwave Entrainment Engineers/Specialists in the world, and has the scientific education to back it up.

Join us at 2:00PM-Central time Thursday by clicking the link below:

Ask the Archangels Again . . . with Joan and John Walker

Join us Thursday, July 3rd, at 2PM-Central for an Awakening Zone presentation of The Sandie Sedgbeer Show: Conversation at the Cutting Edge when Sandie's guests will be Joah and John Walker and Dr. Donese Worden.

Ask the Archangels Again . . . with Joan and John Walker

Joan Walker is a gifted channel for the Archangels and Ascended Masters. She emerged into the public arena in 2005 as a channel and spiritual teacher by facilitating teachings and special projects for Master Kuthumi and archangels – Metatron, Michael, Zadkiel and Uriel – to guide humanity’s shift in consciousness.

Joan was instrumental in the development of the I Am Light Curriculum and Mastering Alchemy Level 2 and 3 programs. Joan also participated in Jim Self’s annual student conferences three years in a row, during which she channeled Master Kuthumi and many archangels. It was during the 11-11-11 gathering that a great triad of beings — Yeshua, Lord Maitreya and Sanat Kumara — made their presence known to the students through Joan, and facilitated the return of the Christed matrix to humanity and to Earth.

At the specific request of Archangel Metatron, and under the guidance of the Archangels and Ascended Masters, Joan and her husband and partner John, are now being guided to expand their work to teaching, and to sharing timely and important channeled messages for the public.  www.joanandjohnwalker.com

Join us at 2:00PM-Central time Thursday by clicking the link below: